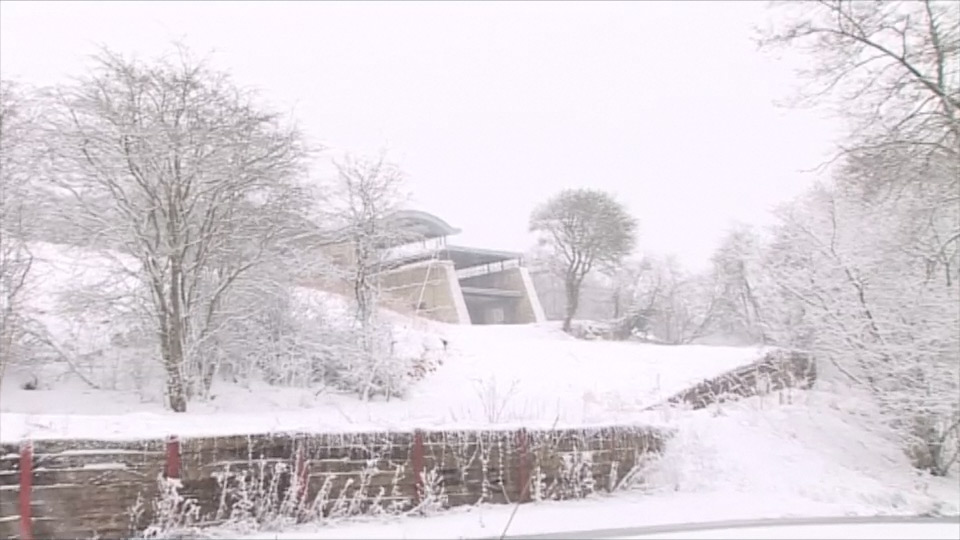 From a blazing hot summer of 2005 and 2006 (we recorded temperatures at 110degrees due in part to the South facing nature of the site and the pale Cotswold stone concentrating the suns rays) when all the really hard graft of laying concrete floors, blockwork and sorting out literally thousands of tonnes of stone, the weather surprised us all by having some very sharp wintry moments most noticeably for the site the winter of 2007 and this winter that has just passed 2009 to 2010 – although we were living in the house at the time. The summer of 2007, started with a very wet end to May 2007 – followed by none stop rain to early September. The rain brought the flooding of Cheltenham, Gloucester and Tewksbury and more importantly shut hospitals, public services and caused rioting on the streets at several local supermarkets when bottled water had to be handed out. Several of my trade men used our own site shower to get a washed as things seem to be going from bad to worst.

The trickle of a stream that we call the Churn , rose almost 2 metres in height, flooding the lake, removing wood land paths previously put down. The severe rain fully tested the underground rooms of the house – all DRY and COSY. Then the ultimate test, had all that insulation that we had pumped into the house in the construction stages paid off. Minus 18 degrees outside, the triple glazing outside glass sheets had frost on them (a double glazed panel would have lost heat to the outside pane, causing any frost or ice to melt) – and we couldn’t see out of the windows; Inside temperature had dropped from a comfortable 21 degrees down to 18 degrees over the week, I was determined to keep the heating off just to see how little heat the building was going to loose, but a 2 year and a new borne persuaded me otherwise. The heating went on 5 days before Christmas to take the rooms upto 22 degrees, most zones only needed an hour to get back upto temperature.

The final test was over the Christmas period when we would have extended family over for Christmas and friends staying over the New Year. With 10 adults and children using all the baths and showers in the property over the same period we had minus 5 to 10 degrees being recorded at the same time of the year that you have the shortest, darkest days – coupled with that we had tow days of light snow storms which blanked all direct sunlight. And YES, the solar couldn’t cope as no direct sunlight was available for a continuous 6 day period, but the back up ground source heat pump kicked in, keeping everything nice and toasty – Oh, and we made sure that the immersion heater in the pump had been completely disconnected, so we were generally using no more than 3.6kW per hour to heat and supply all the hot water for a 1500 square metre property – I think that’s pretty cool.

Back to Video Diary Chapters