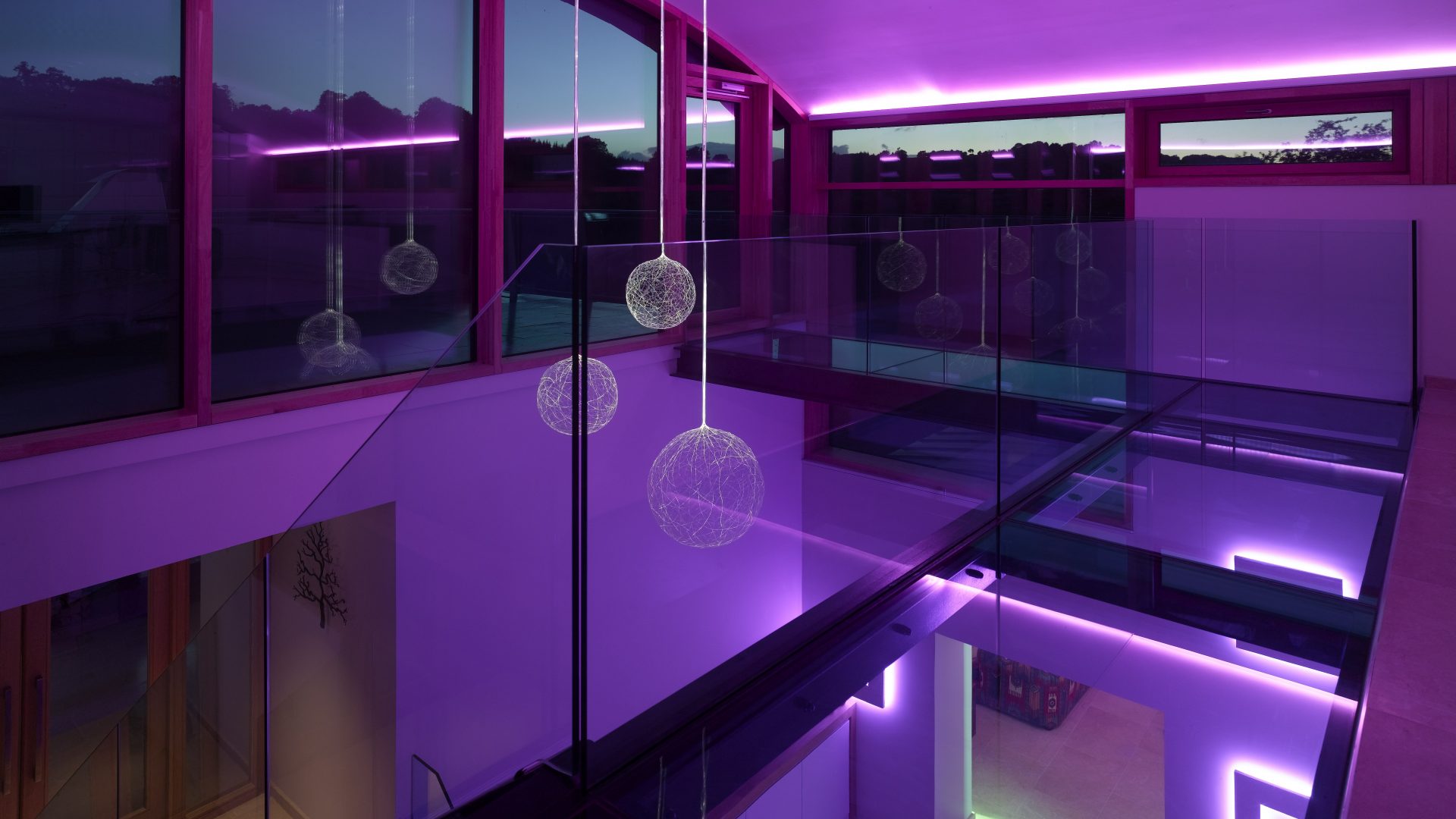 Kaine from www.jk-audiovisual.co.uk designed and installed the entire electrical system, home automation, surround sound, cinemas and LED lighting systems. Most of the specification and design occurred from 2006 way before iPads and iPhones, High Definition TV and any sensible LED lighting systems were around, however I gave Kaine the impossible task of designing a system several years ahead of the technology curve.

This meant avoiding the usual Creston and AMX style home automation solutions, and choosing a rather cheap but perfectly adequate Olay display system from Elan. Most of the money went on the wiring the house for potential new technologies rather than jumping on whatever was the technology at the time.

The biggest unknown was making sure that all our lighting both internally and externally was all ultra low LED – this would give us 85% electrical saving over conventional energy efficient lighting systems. To enable us to get the correct colour or tone of white light from the LEDs we chose to use RGB colour changing bulbs. Although quite tacky and a bit footballers wives, it gave us some 2 million colour tones, and most importantly allowed us to get the perfect warmer white light from them.

The use of the CLIPSAL lighting system, gave us unlimited flexibility with the choice of lighting and sequencing options, traditional decisions on the position of light switches and what set of lights they controlled, were throne out the window, as the CLIPSAL lighting system is 100% programmable. A single button can be programmed to be a dimmer, a timer, a light switch, a bell, control gates, control garage doors – in fact as all wiring is wired back to min-hubs which are then in turn wired back to the main hub in the plant room – the button can be told to do just about anything. Therefore lighting sequences are easily programmed and re-programmed, lights can all be timed to go off from 30 seconds to 17 hours (main rooms go off after 3hrs, toilets and utility spaces after 10minutes). In addition the iphone came along, and gave us complete wireless access allowing us to use the phone to turn lights on and off, dim and program. With the addition of PIR motion sensors throughout all traffic areas, lights are simply never left on longer than they need to.

Emerging technologies such as the recent advancements made by the iPhone, the Android, iPad and similar devices, and with the large amount of often free downloadable APPS – power really is being put firmly back into the house holders hands. We are attempting to trial several of the emerging SMART energy monitoring devices (no not an OWL), SMART wireless or Zigbee controlled units,that can monitor individual appliances, give you daily or hourly updates to a PC or smart phone so you can see what is consuming the most power, and remotely turn them off. The industry is slowly getting there, and I list a handful of companies worth investigating. 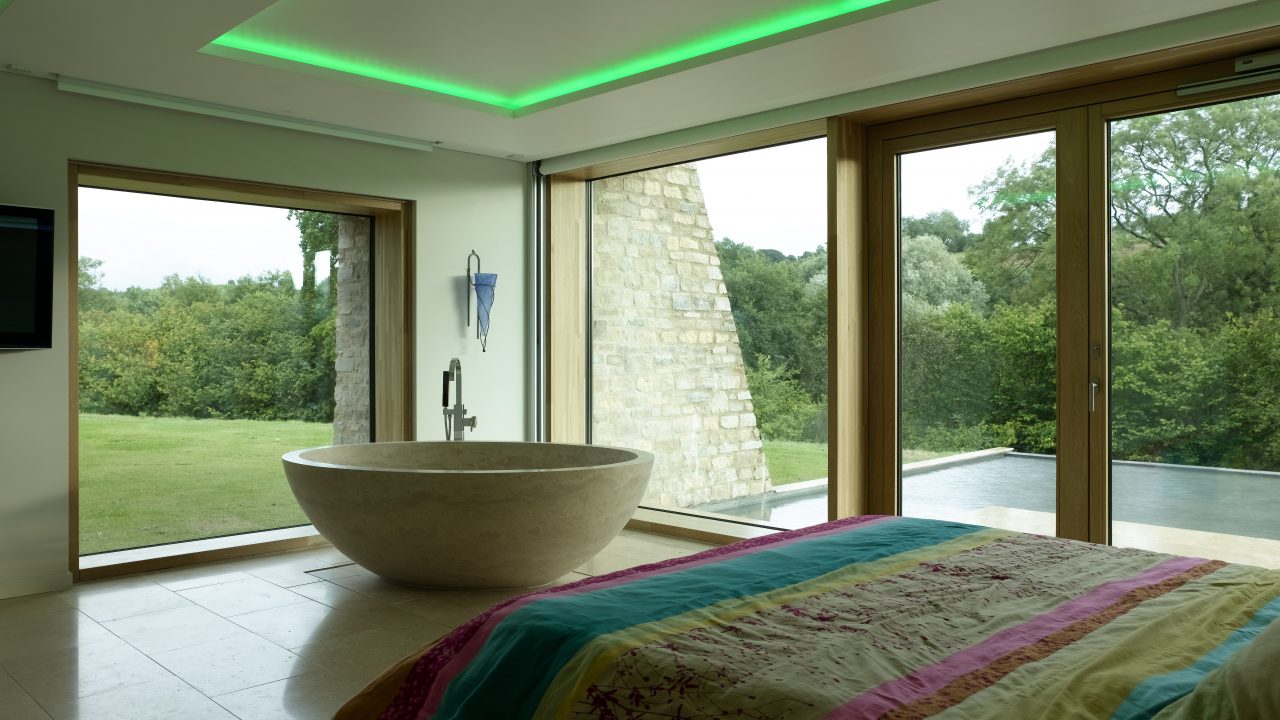 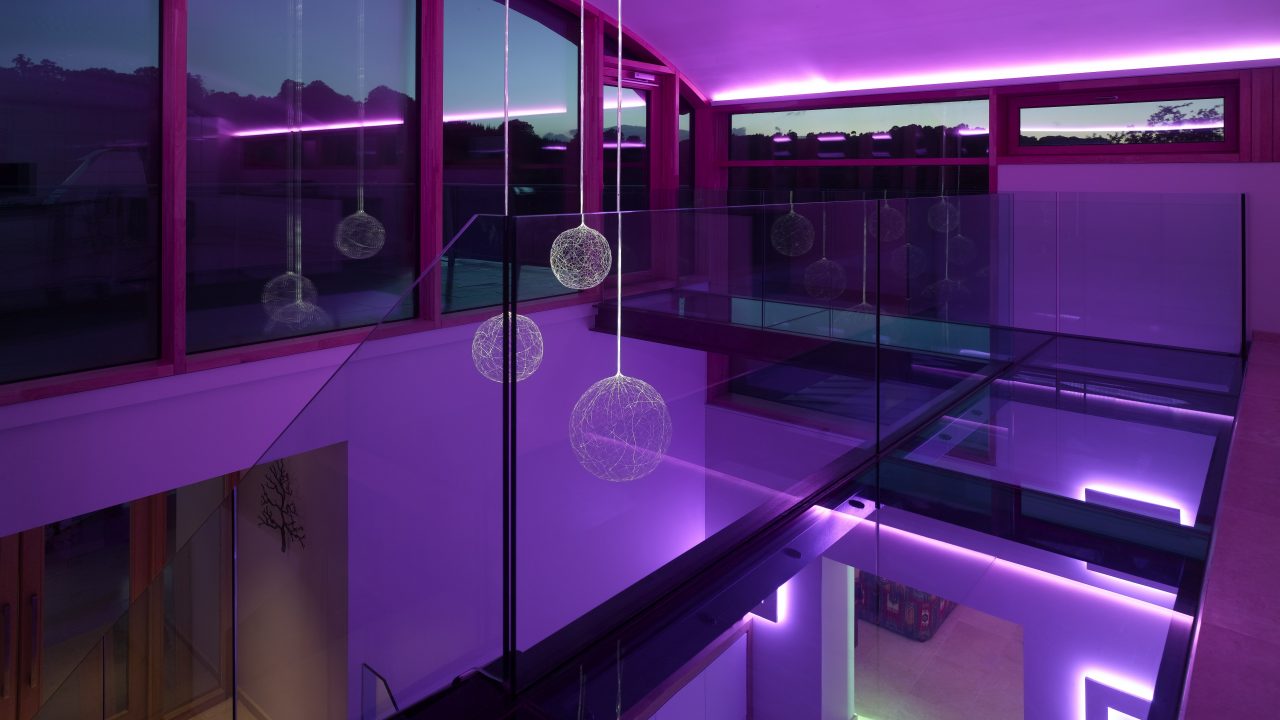 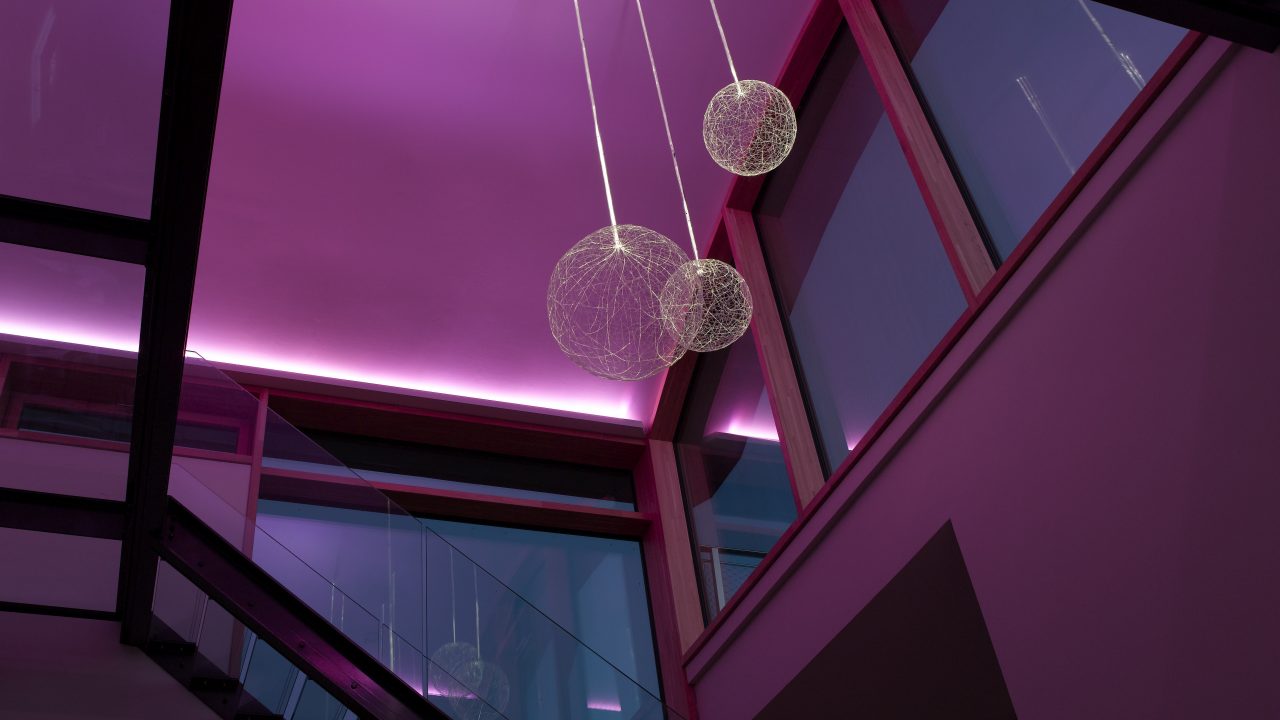 Back to Video Diary Chapters